Hiring lobbyists and radical pressure groups in order to incite liberal Congressmen against your business competitor is not fair.

In fact, it's a type of bullying, and it should be out of bounds in American business competition. Recent news reports have shown that the FBI and federal prosecutors have opened investigations into people hired by Ackman. News and World Report , among others. Again, competition and fights in the business world--even very nasty ones--are not and should not be the business of free market-minded people except insofar as we approve of the whole mess.

What is our concern is when the government is recruited to tip the scales one way or the other. What you have then is not so much a free market outcome as a crony capitalist one. But the scorpion has stung. That's a rough kind of justice, one supposes. But the free market would have been better off had the ghoulish specter of government not been invited to the party in the first place.

What would you deduce from the human species purely from observance? Two main things spring to my mind about humans. Firstly, we are like ants. We form colonies and do lots of things together in groups, from work to play to creating.

Secondly, we are similar to the scorpion in some ways. We are violent and seem to enjoy destroying life — not only other species but especially our own. Can you think of any other inherent traits that the human species has? Let us know in the box below. By using this site, you agree to the Terms of Use and Privacy Policy.

The Scorpion and the Frog 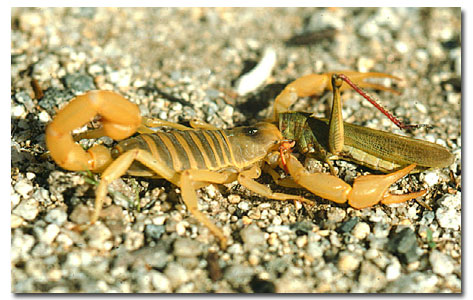